Guarab in the medina – Rabat, Morocco

I recently went to part of the Rabat medina slightly out of my normal trajectory.  I usually take visitors to Rue des Consuls, though an emergency phyllo dough purchase sent us towards the section of the medina closer to Bab el Had, a section of the medina that is far less sanitized for mass ingestion by tourists.

In short, it was fantastic.  I haven’t been  to that section of the medina for a few months and was much more interested in it now that we have lived here for almost half of a year. 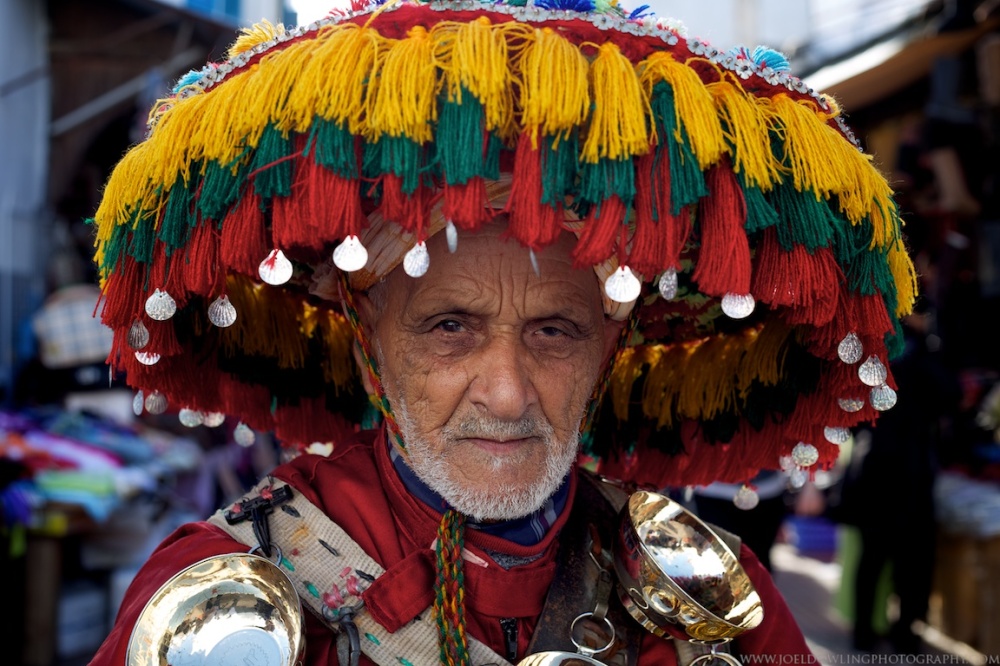 I came across this  guarab in the medina and knew that I had to make a portrait of him.  After a modest monetary incentive was offered, he consented to the portrait and then went on his merry way, clanging bells and singing to anyone that would listen.

Just another afternoon in the medina.

Note – I posted that this gentleman was a “street performer”.  While being a natural performer, he is a actually a guarab – a water salesman.  He walks around ringing his bell to let other medina-goers know that he is selling cool drinks of water – notice his shiny water cups.

Thanks to my Moroccan colleagues for pointing out my mistake.  I appreciate it!