As I have discussed earlier (most recently here and here), music has been a major part of my life for as long as I can remember.  In the late nineties, I even booked a few shows, though that’s a story for another day.  Crown of Thornz – pictured here performing at Syracuse’s once fantastic Hungry Charley’s – was one of my favorite bands and it was only natural to book them on a show with other acts that I loved and counted as friends.  Crown of Thornz shared a bill that day with Earth Crisis, Madball, Merauder, 25 Ta Life, and Libertine*.  In this photo, Earth Crisis’ Bulldog and Madball’s Freddy Cricien sing along with Crown of Thornz’ Ezec. 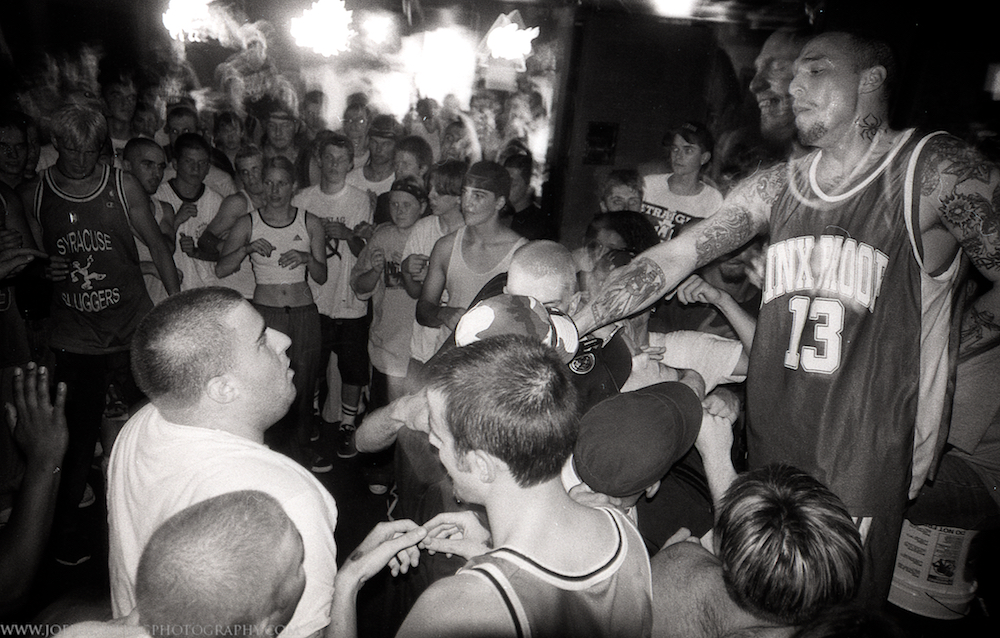 Scanning these old images has been a treat – I have no idea where many of these people are now, though I remember these days fondly.

*The story of how this bill was put together?  Much of it has been lost to time, though I am frustrated to say that Libertine played in a slot that Dillinger Escape Plan wished to occupy.  I blame Karl Buechner.  🙂