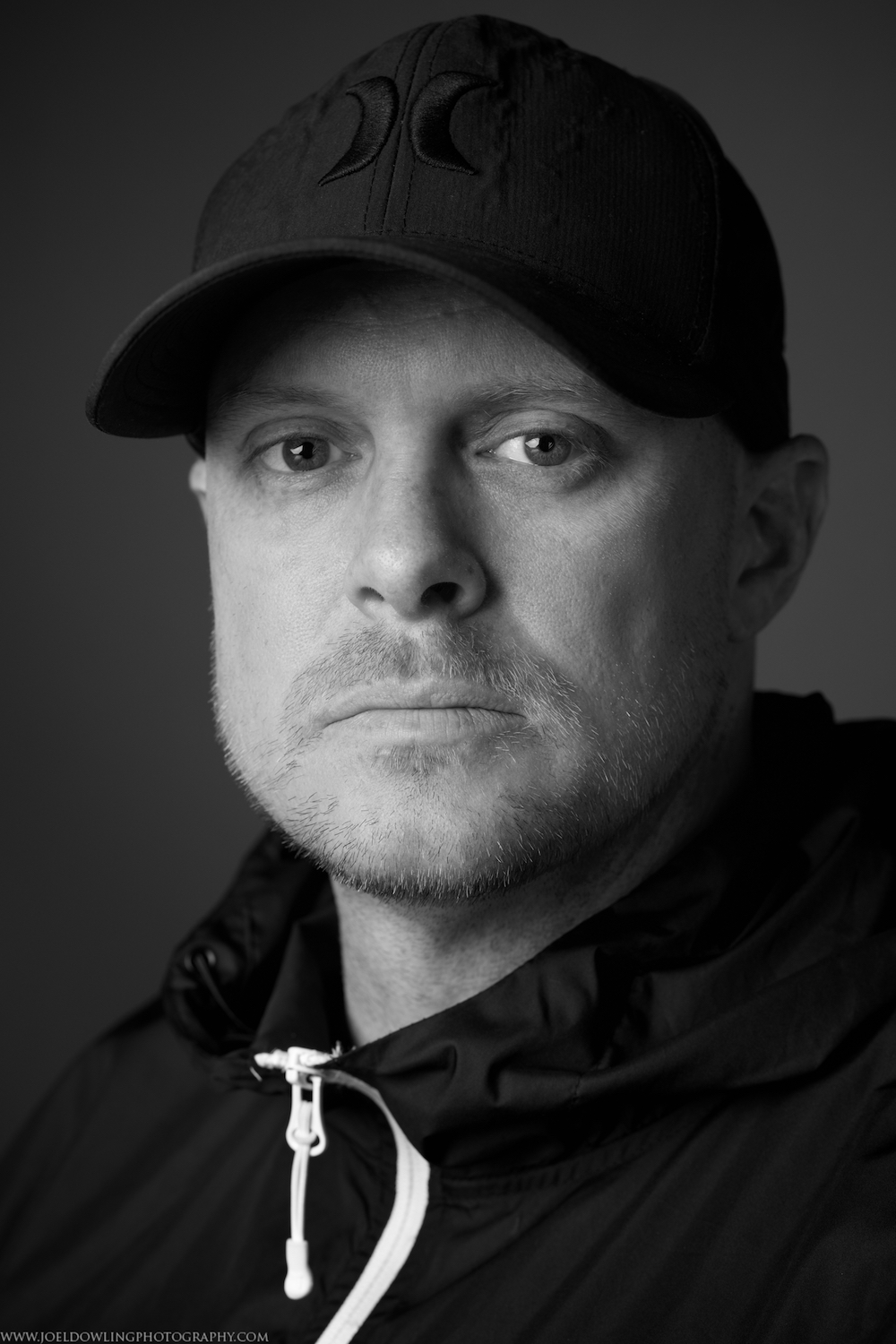 I recently collaborated with Carl Severson, head honcho at Good Fight Entertainment and an old friend of mine, on a series of portraits while visiting New Jersey.  Carl saw some of my recent portraiture and suggested a collaboration to use for business purposes and, as an artist can only wish for, simply told me to do what I do.  Fantastic, right?

I have known Carl Severson for approximately one million years – his band, Nora, toured extensively and played Syracuse relatively often.  I photographed Carl’s band a number of times and have the album liner credits to prove it, regardless of how small those photographs may be.  🙂  I have also photographed a handful of bands for Carl, though that seems like a lifetime ago.  Cough, cough, hint, hint.

Carl suggested collaborating with me and I immediately started working out lighting and set ideas, though I thought that a strong and (seemingly) straightforward portrait would work best.  I have immense respect for Carl and love many of the albums that his labels (Carl also owned and ran Ferret Music) have released over the years – bands like Madball, Terror, Trapped Under Ice, Martyr AD, Disembodied, Killswitch Engage (who deserve a handful of posts on this website – more to come on that later), A Life Once Lost (whom I toured with extensively), Every Time I Die (whom Carl tried to force into taking me on tour back in 2003, though the attempt died on the vine), The Bronx, Burnt By The Sun…etc., etc. – and I hoped to show appreciation for his hard work with the sitting.  Carl has helped shape not only my musical taste but that of an entire subculture and I enthusiastically approached the portrait sitting- I didn’t mind building the set throughout the night for an early session the following morning and may have been listening to one of my favorite releases from his older label to get pumped up for the following morning.  I think that the results speak for themselves and look forward to collaborating with Carl again in the future.

I appreciate Carl trusting me with his portrait and appreciate his time.  Thank you, buddy!